Assisi, Saint Francis’ birthplace, nestles on the slopes of Monte Subasio and is a world heritage site of great religious and cultural importance.  A number of well-preserved buildings bear witness to the town’s Roman origins and medieval, Renaissance and Baroque architecture abounds.

Events and Festivals: If you happen to be in marvellous Assisi at the beginning of May you can’t afford to miss the Festival of the “Calendimaggio”.  Plays, dance performances, exhibitions and public contests are at the heart of the entertainment on offer.

Perugia is the capital of the region of Umbria and was founded in about 700BC, thus dating back to the Etruscan era.

City life is vibrant and intense, a characteristic due mainly to the presence of one of the oldest Universities on the Italian peninsula.  It was founded in 1308 and is joined by the most important University for Foreign Students in Italy.

A combination of medieval lanes and breathtaking views (Porta Sole and Viale Indipendenza) take you to the wonderful town centre with its main feature: the celebrated Fontana Maggiore (fountain).

The splendid medieval town of Gubbio perches on the slopes of Monte Ingino and is among the oldest in Umbria.  Wonderfully preserved, it has survived the many centuries of its existence well and a host of monuments bear witness to its glorious past.

Evidence of its ancient roots may be found in the shape of the Iguvine Tablets (3rd century BC), which rank amongst the most significant italic texts, as well as the Roman Theatre (1st century BC), located just outside the city walls.

Events: the distinctive “Corsa dei Ceri” takes place annually on the 15th of May.

Todi is a medieval town overlooking the enchanting Tiber Valley from its hill top vantage point. The town is of unequalled beauty and elegance and is surrounded by three circles of walls: Etruscan, Roman and medieval.

One of the oldest cities in Italy, it owes its origins to Etruscan civilisation: the very first settlements date back to the 9th century BC and are located within tuff caves that are hewn into the rock the Umbrian city stands on.

At the foot of the Sibillini Mountains, Norcia is considered the most atmospheric of towns in the Valnerina, with many spots of uncontaminated, natural beauty. The high plains around Castelluccio are at their best when in bloom and at that time of year many visitors take delight in breathing the perfumed air and in marvelling at the carpets of sheer colour that stretch as far as the eye can reach.

Castelluccio, a small hamlet from where you can admire the plains in bloom, usually from the second half of June to the beginning of July. Every year, 100s of tourists come from all over the world to witness this spectacle of nature.

Cascia, birthplace of Santa Rita, is a major spiritual centre in Umbria.

Preci, boasts the Benedictine Abbey of San Eutizio.  It was built between 900 and 1300 AD. Also: Preci Castle (14th century).

Spoleto was once an important Roman colony and the old capital of the Lombardy Dukes. The town’s best known monuments, however, date back to Medieval and Renaisssance times, although evidence of earlier periods is plentiful.

A small town on the slopes of Monte Subasio.

The town centre is a must-see.

BEVAGNA, MONTEFALCO, TORGIANO for foodies and lovers of good wines.

LAKE TRASIMENE, Italy’s fourth largest lake, is characterised by the beautiful landscapes surrounding it (particularly atmospheric at sunset) and by small lake-side villages. Make sure you take a boat or ferry to Polvese and/or Maggiore Islands.

CASCATA DELLE MARMORE: the Marmore Falls rank amongst Europe’s highest (165 m) and are Roman-made.  This piece of hydraulic engineering was conceived in 290 BC and has inspired poets and artists of every epoch: Virgil in the “Aeneid”, Cicero and Byron in “Childe Harold’s Pilgrimage”.

DERUTA, world famous for its ceramics. 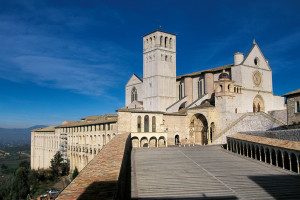 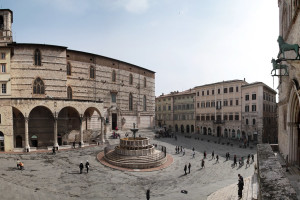 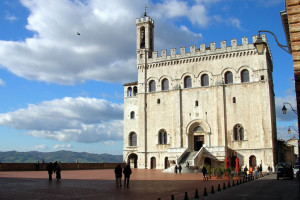 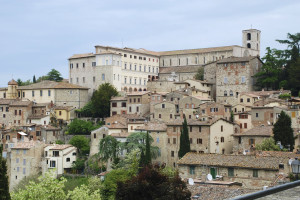 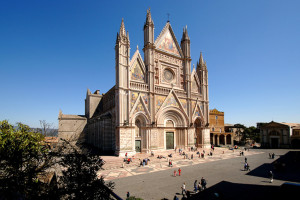 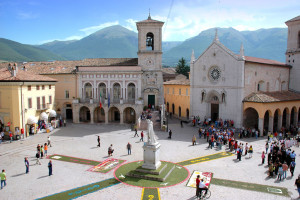 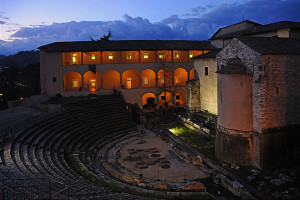 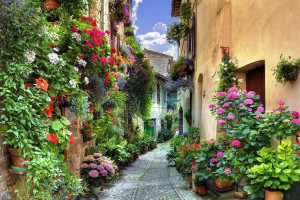 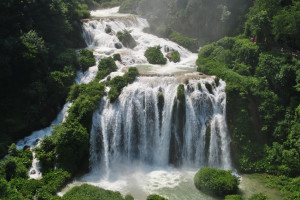